I was out on my Sunday ride. I had my little thermos of espresso. I had my scone from Madruga Bakery.

I was planning on stopping at a state park north of Miami for my treats. I was almost there when I decided I wanted a more nostalgic setting. Now I love old movies. What came to mind was that classic, Breakfast at Tiffany's. But I've always been more partial to Cartier than Tiffany's. No problem at any rate. All I had to do was route myself to the Miami Design District.

Which I did. I commandeered the seating area nearest the store. I used the rack on my bike as a makeshift table. Perfect.

Not that I conjured up Holly Golightly in the minds of the few dog walkers who strolled by. A woman in her 70s wearing a bike helmet and lycra hardly mimics the glamor of stick skinny Audrey Hepburn with her piled high dark hair, rhinestone evening jewelry, and little black dress.

But I was humming Moon River nonetheless. 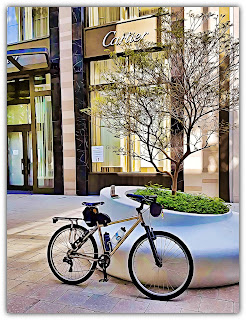 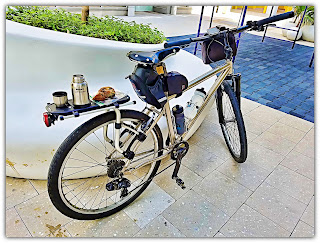 I'm riding my usual days, but playmates are limited. I'm lucky to have my husband, Al, on a lot of my rides. But not all. The challenge this year: how to ride the miles I like to ride without sliding into a boredom funk. (I just can't ride the same routes over and over. It makes me feel like an idiotic gerbil on an exercise wheel.)

So, in the last few weeks, I've been working on getting lost.

I'm riding Miami's neighborhoods with an eye for gardening, landscaping, and generally lovely tropical settings. All my rides start and end at home. I head out in the direction of the day's wind (with hopes of a tailwind when I head back home). I wander unconcerned about where I am until I reach over half of the miles I want to ride for the day.

I am totally lost at this point.

I go to my Garmin and tell it to take me home. Sometimes the fastest route gives me enough miles. If not, I go back on the route I came.

Simple. Get lost. Get miles. 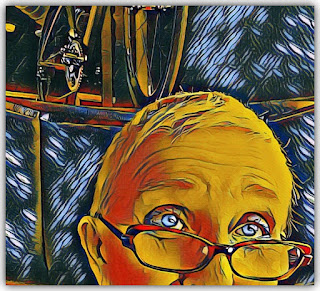 Sometimes the questions are complicated and the answers are simple. (Dr. Seuss) 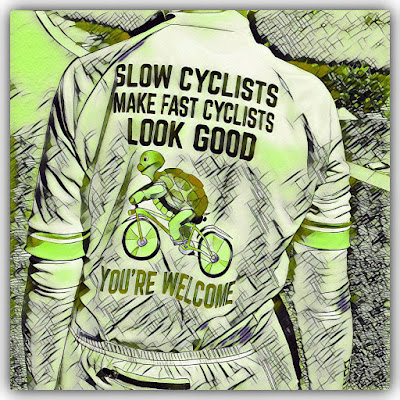 A third of the year has slipped by. I enjoy riding by myself, but this is ridiculous. On the positive side, it has given me a lot of time to play around with bike stuff. Like clipping in. The doctors said they didn't think it will work for me anymore. I'm thinking I want to test that a bit before giving up on clipping in.
I've started making changes in how I pedal. Trying to see if I can tolerate the foot position I would need to use to clip in again. It looks hopeful. I'm trying different techniques for taping my right ankle for extra support.
I've got a pair of double-sided Shimano SPD Click'r pedals, the easiest pedals on the planet for clipping in and out. I'll give them a shot first. I found a friend in Connecticut who worked through a similar problem, and she has offered a bunch of other modifications to try.
Lots of questions about what will help and what may work. The answer is really, really simple: I won't know until I try. (Fingers crossed.)
Posted by Marsha at 1:22 PM 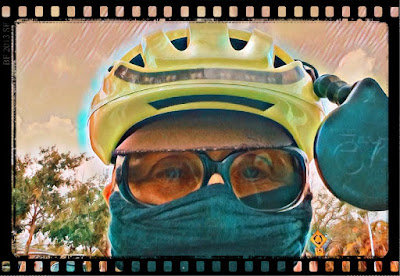 Silliest thing: me in the only mask I own that can be worn while cycling. I have others that are OK for walks and such. This one, however, doesn't smoother you when you are breathing hard and can be washed after every wearing.

Since the start of this covid thing, we're all constantly doing risk analysis. And, not surprisingly, it is changing social rules in many neighborhoods. This is really true in one neighborhood I ride in a lot. Riding without a mask there is a big social no-no. Without a mask I get icy stares and scowls. With a mask people wave and say "good morning" and will even chat if I stop a respectful and safe distance from them. Another thing I love is their habit of saying "Thank you; enjoy your ride" when I make a wide arc around them when they are on the road walking, jogging, or biking with their family.

Here's some of the silly stuff I saw recently in this interesting area.


Who knew solo bike rides could be so much fun. 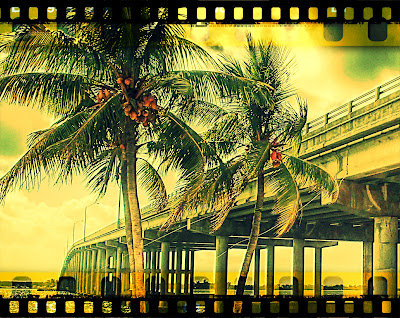 You have to have a routine, particularly during the current lockdown. Bike rides fill mornings. After lunch, I started doing a spring cleaning of sorts.

I started with the big IKEA wardrobe we use to store bike gear. Organizing spare tires, spare tubes, tools, and spare parts. (I found 7 mounts for Garmins!) Getting an assortment of bags and gadgets sorted. Fixing gear that could be fixed. Throwing out the junk and trash. Mending a jersey or two. Throwing away some downright ratty jerseys and sun sleeves.

That went so well I continued with some online bike things. I have GPS routes from trips and events all over Florida, Georgia, and North and South Carolina. And there are the routes from friends in places I want to visit. Not to mention the gamut of rides in and around Miami. My online routes library was a chaotic jumble.

So I began by deleting routes with annoying glitches. Then I moved on to deleting routes I thought were unlikely to be used. Routes were renamed to make them easier to remember and locate. Soon a semblance of order emerged.

Of course we couldn't help but ride some of the Miami routes. Al and I had particularly nice rides to two sections of the city we hadn't ridden around in quite some time. The routes were old but felt new again. There was a warm overlay of memories of riding the routes with friends, of easy conversation and laughter.

This week we rode alone, but, nevertheless, they were there.

You can’t wait for inspiration, you have to go after it with a club. (Jack London) 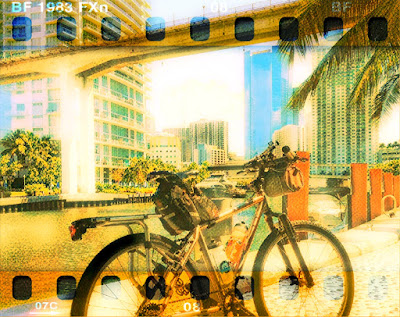 I spent a couple decades of my adult life living in rural areas. I'm talking places where cattle outnumber people. It gave me a handy skill set for cycling in urban Miami during the covid-19 lockdown.

Rural living is quiet because there is flat out nothing to do but things you think up on your own. As a cyclist, I joked that we had an abundance of scenic roads and double track to ride. Our problem was there were just no destinations.

So while I may have a lot of issues to deal with these days, cycling isn't one of them. Here in Miami I've got places to go and nifty things to see. And no cell phone dead zones. And physical distancing? Heck. People you can tell to back off. Cattle, snakes, and weird wild critters? Not so much.

There are four kinds of Homicide: felonious, excusable, justifiable, and praiseworthy. (Ambrose Bierce) 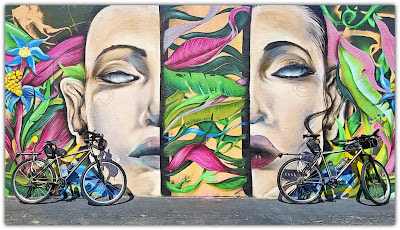 Everyone is getting a bit (ahem) irritable.

The covid-19 lockdown has left me without my running away from home on a bicycle trips. For my mental health, I need to give my solo rides a touch of novelty and adventure. (Nothing big, just a little touch will do.)

I ride 4 days a week. I ride with my husband Al as much as possible. He's a lot faster than me, and, while I really love that he willingly rides slow with me, it would be ridiculously selfish of me to expect him to do it all the time.

On solo rides I use GPS on my Garmin and/or phone to create novel routes. Where to ride? Well, remember I'm trying to have a little replacement therapy for my running away from home on my bicycle trips. I'm happiest when I'm chasing down a series of destinations. I started a list for Miami. 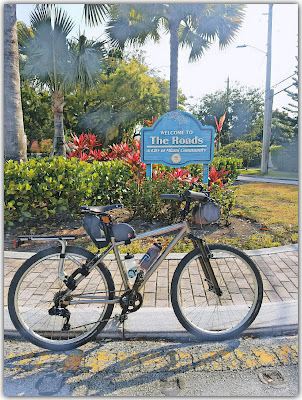 It's simple and easy. It keeps me distracted from the things I can't do until this virus thing is in our collective rear view mirror.