Come Out and Play

The day after my last post, Al and I headed out for a ride. We chatted the first mile as we warmed up. Then he gave me a big smile and started down the road at a faster cadence than usual. I didn't give it much thought until we were about 7 miles into the ride and starting a long mystery incline section. (You know what a mystery incline is: it looks flat but it is really a long gradual climb.) To keep up with him my cadence shot up to 110. At the end of that section I knew what had happened. Al had read my post.

He thought my ragged panting was hysterical. I had barely gotten it under control before he was off again. He had moved his cadence up to 90-95. My comfort zone topped out at about 105. Now I need to stretch that up to at least 110 or 115.

It was such a lot of fun, we've continued the pace this whole week. This reminds me once again why I've enjoyed being married to this guy for so many years. He really knows how to show a girl a good time. 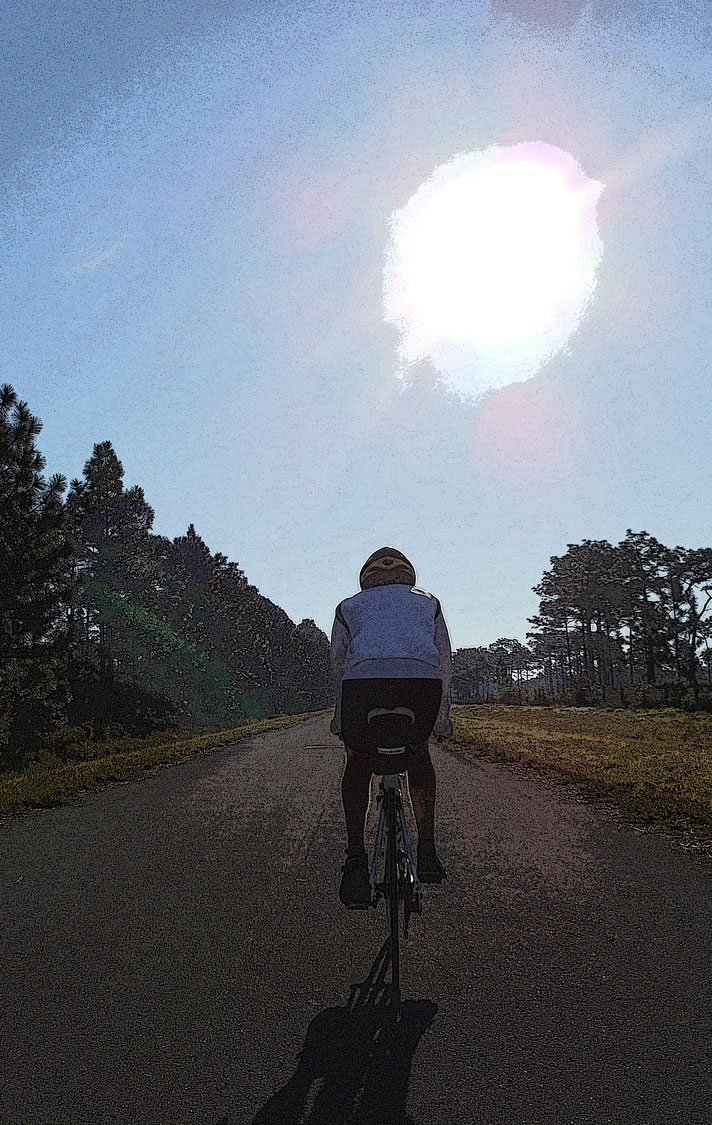 The Fun of the Chase

Having your husband as your riding partner is great, but it means that you have to enjoy chasing. He is and always will be the stronger rider. So you have to be cagey and enjoy the chase.

Al is all about cadence riding. He can do an 80-85 cadence for hours. There are three tricks that let me keep with him.

Keep a cadence at least 10-15 above whatever he does. A higher cadence pushes cardio rather than strength. That I can do.

Avoid drafting. Use drafting only for occasional rests on long rides. You only get stronger if you make things harder. Drafting is tempting, but it doesn't help you improve.

Avoid side by side riding. It's an amusing reality, but riding alongside a stronger rider triggers a faster ride. You can use it to "lead from behind." Or you can change things by making a conversational gambit that turns the side-by-side into a social moment.

Often the most fun on a long ride is chasing him down after he has successfully dropped me. After all, it's no shame to be dropped by a stronger rider. Just never let him get away...

Another Day, Another Stampede

It never gets old. The local ranch cattle, placid around traffic and people, stampedes when approached by bicycles.

Today we passed near one of the local ranches. Cattle were calmly chomping along the fenceline by the road. We got within a block. Heads picked up and faced our way. Seconds later the herd turned and moved rapidly away. Trucks don't bother them. Cars don't faze them. People walking their dogs don't get a glance from them. Two roadbikes quietly spinning past? Stampede.

It never gets old.

A Decent and Cheap Bike Tripod

I like to take pictures, but I am not a serious photographer. My camera is a simple Coolpix S6100, an inexpensive point and shoot. I discovered I could take nice action shots with it if I used a tripod. So I really wanted to get a tripod for my bike.

I decided on a tripod with flexible arms called the Gorillapod. The arms have gripper rubber on them which keeps them in place when wrapped around an object. The closest place for me to buy it was Walmart. At around $20 it rates a "cheap" label in my book.

This week I began experimenting with the new tripod. It was easy to attach to the handlebar. 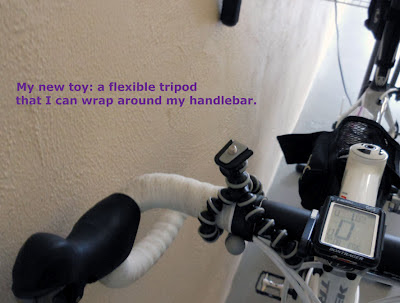 On the first ride using the new tripod, I learned several things.

Don't look down to fiddle with the camera. It is very easy to run off the road doing this.

When learning to point and take pictures without looking at the camera, you get some unexpected results. Especially when you have the shutter set to silent mode. 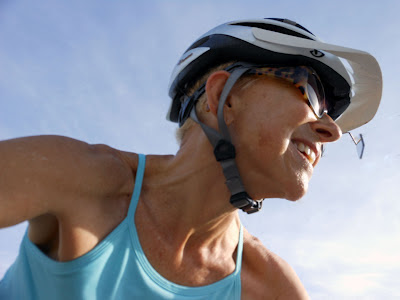 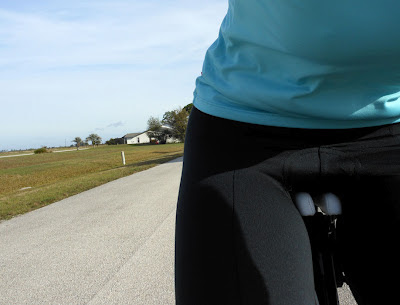 Take lots of shots and delete the bad ones. You need to guess on camera direction a lot.

On my first ride using the new camera tripod, I took this shot of Al while we were heading down the road at a decent clip with a fast cadence. Note that the spokes are not a blur and his wildly flapping jersey, like the spokes, is pretty much caught in mid flap. Now (he quickly told me upon seeing the picture) I just need to catch a shot like that when the action is actually interesting! 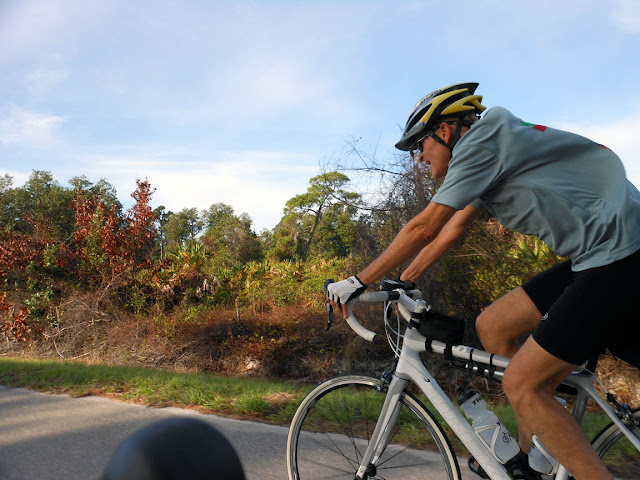 I need to change the mount position to the brake hoods. But I definitely like this new toy.
Posted by Marsha at 4:42 PM