We are bicycle tourists at heart. We love bicycle road trips. But why wait to do some grand bicycle tour when you can do a short bicycle road trip? Out and back home in 48 hours or less. Why load your bike with panniers and gear when a small backpack or a big rear seat bag will be enough for a quick overnight trip?

We do credit card bicycle touring. That simply means we roll our bikes into a motel and check in. You carry only what you absolutely need to have. (For heaven's sake, in Florida you can get away with beach clothes and a toothbrush.) It's an easy and comfortable way to do bicycle travel. The secret to doing bicycle road trips when you live in a city is leapfrogging out of the city using available transit systems. After all, the city is where you ride all the time. Why spend part of your fun bicycle tour riding one of your regular routes?

Tri-Rail is a commuter railroad that runs between West Palm Beach and Miami. It connects to Miami-Dade's MetroRail rapid transit system. Bicycles are welcome. Just bring a bungee cord to secure your bike in the bicycle area of the passenger car while you ride nearby in air-conditioned comfort.

We use Miami-Dade's MetroRail all the time. But Tri-Rail was new to us. We decided to change that. Recently we took the MetroRail green line up to Tri-Rail station. This, if you can't guess from its name, is the station that's the transfer point from the MetroRail system to the Tri-Rail system. At the ticket office there we purchased Tri-Rail cards. These cost just $2, are the size of a credit card, and are emblazoned with your picture. (And, yes, like driver's license pictures these photos are always humiliatingly ugly.) You can just buy paper tickets to ride Tri-Rail, of course, but we're big believers in the convenience of using little plastic cards. No worrying about having the right money on you. Just load the money amount you'll need onto the cards with a phone call a few days before your trip, and you're set to travel. Then you simply go to the little machine on the platform of your starting point and tap your card on it. When you get off the train you tap your card again on the machine on that platform. What could be easier? Need more money on the card for another trip? Just call and add put more money on the card.

We've used the Tri-Rail once now with our bikes. It was great. Points north of West Palm Beach are now in reach for a short overnight bike tour!

After all, tomorrow is another day. (Scarlett O’Hara, Gone with the Wind)

If you live an average life, it is a statistical reality that some weeks will be bad. Things go wrong. Problems come up that you can't solve. Things happen that you can't control.

You need a way to cope. Us? We ride our bikes.

First, there is the calming ritual of getting ready for a long ride. Decide on a destination. Check the tires. Fill water bottles. Pack snacks. Apply sunscreen. Put on riding clothes. Grab your helmet. Roll the bikes to the street. Warm up at a gentle pace for a mile or so.

Then you up the speed and get into the ride.

In the beginning your mind slides to the problems of the day. You ride a while. The routine of scanning traffic, checking your mirror, shifting gears, and monitoring your exertion slowly consumes your attention. Problems and worries are pushed into a back corner of the mind. Soon you find yourself lost in the rhythm of riding. Muscles tight from unproductive tension begin to move smoothly. You shift your weight as you corner, again as you accelerate. You feel your muscles work, your heart rate increase, your breathing become deeper. You feel sweat on your skin and wind in your face.

Somewhere miles into the ride, you feel as if your bicycle is simply an extension of you. Your body and mind shift into overdrive. You cruise along at a pace you can sustain for miles and miles, hours and hours. Your mind is fully occupied with the wondrous exertion of the ride.

Arriving home, there are the post-ride rituals. Showering. Enjoying the post-ride glass of milk and bit of dark chocolate. Cleaning bikes and gear. Washing ride clothes. Taking a nap. 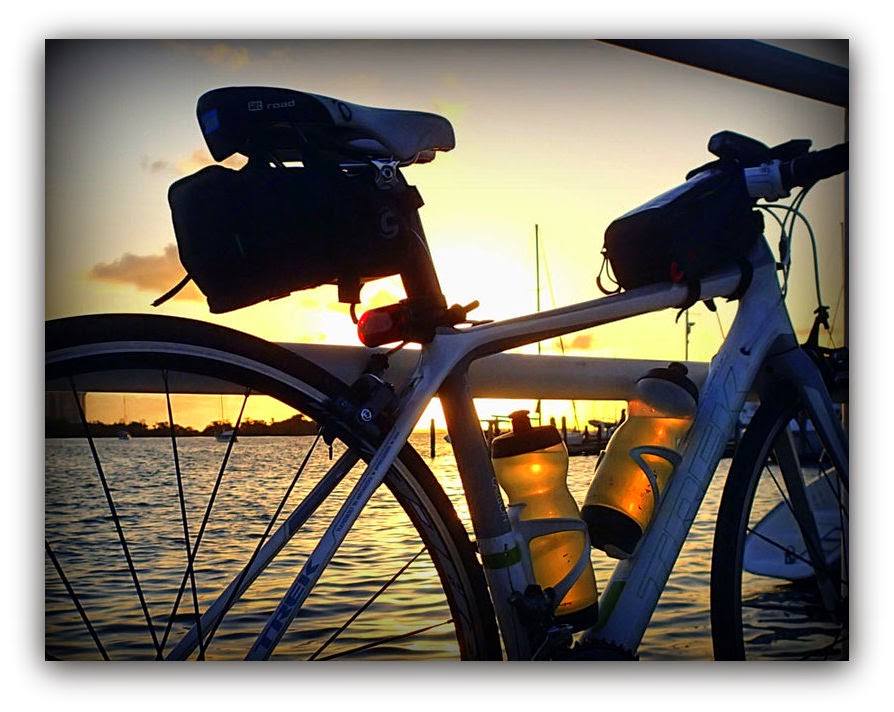 And your problems? No worries now.

After all, tomorrow is another day.

Listen to the sound of silence. (Paul Simon)

A while back my smartphone went insane.

It was an android phone that I got because it was cheap and waterproof. (Waterproof is really a handy feature when you ride a bike in Miami during the summer rainy season.) It was just a basic smartphone. No bling. Nothing special.

Until it started talking.

This wasn't like Siri or that kind of talking. This was Smartphone For The Blind. It read aloud my messages and emails.  If I touched the clock icon, it told me the time. (Inexplicably, it was western mountain time rather than Miami's eastern time.) It made constant announcements about battery status. If I touched any icon, it named the icon out loud. It spoke every action it was taking ("dialing", "shutting down", "keyboard open", "sending message"). Using apps was a whole new experience.

And there was no way to make it stop. (Believe me, we tried everything.)

I knew I had to replace the phone. But I didn't for a good while. I realized I had become secretly attached to its craziness. The phone was embarrassing at times, to be sure. I frequently had to switch it off or plug in my headset. (Just for fun, try to imagine the most embarrassing thing your phone could say out loud in public.) 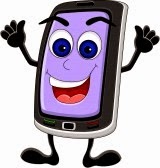 This week I got a new phone. It doesn't talk except when it should. It does what it should in its boring but efficient smartphone way. Life is not so noisy or so exciting.

A funny thing happened this spring. I first thought about it when Al and I started wearing matching Everglades Bicycle Club jerseys on club rides. (In a gazillion years of married life, we had never worn matching outfits before.  Never.) Then we wore the jerseys on some event rides, happily wheeling down the road in a double paceline with a lot of other people in EBC jerseys. All eras of EBC jerseys, too. After all, the club has been around since 1976. Then last Sunday on a charity ride, it hit me. We were riding with Team EBC. Everglades Bicycle Club was a club and a team.

There had been times before on rides with fellow Everglades Bicycle Club members that we acted like a team. But those times were very different from feeling like a team. Al and I joined EBC because of its rides program. We wanted to learn to ride with other people. Pacelines and all that. What sold us on the club was the support we got. They had our back. They didn't leave people on the side of the road alone with a mechanical. If you got dropped during a ride, somebody was sure to come looking for you to make sure you didn't get lost. Week by week, ride by ride, helpful gesture by helpful gesture, we slowly moved from strangers riding about in a big city to friends out pedaling and having a lot of sweaty fun.

And then there was the orange retro jersey. One Saturday the idea of our ride group having orange retro EBC jerseys caught on. It took a while to work out the kinks, but they got ordered and a lot of us bought them. Even people who weren't big on orange as a fashion statement. Seeing all the team jerseys on a group wheeling down the road did it. We looked like a team. We acted like a team. We were finally there. We felt like a team.

It's going to be fun going to big events with Team EBC.